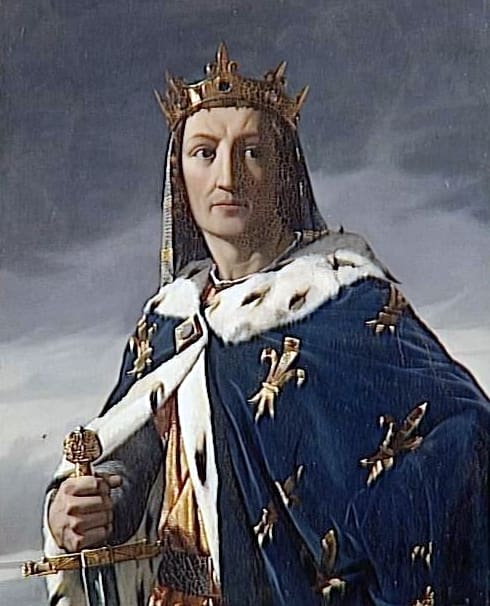 One of the most fascinating things about the saints is how different they are. Some were wealthy nobleman, others were poor peasants, others were doctors, lawyers, or soldiers. There is a saint from almost every state in life. The one thing they all have in common is holiness—an intense love for God that inspired great words and deeds.

Today’s gentleman saint was none other than the king of France—Louis IX, popularly known as St. Louis. King Louis was known as a just and righteous ruler, a patron of the sacred arts, a fierce warrior, and above all, a saint. He is the archetype of the Catholic monarchs of the Medieval era.

Born April 25,  1214, Louis inherited the throne of France at the young age of 12. Due to his extreme youth, however, King Louis had little authority at first, and his mother acted in his stead until he turned 21. While waiting to take on his full responsibility as king, Louis learned the many skills necessary for a monarch from a host of advisors. He also learned the most important lesson of all—how to be a saint—from his good mother, Queen Blanche.

Queen Blanche took the Catholic faith seriously, and she instilled deep devotion and piety in her royal son. She is reported to have once told young Louis, “I love you my dear son, as much as a mother can love her child; but I would rather see you dead at my feet than that you should commit a mortal sin.” His mother’s influence was to permeate his life, driving him to pursue sanctity and just use of his authority.

Upon receiving full power as monarch, Louis set about achieving his personal goal of making France one of the foremost Christian kingdoms. One of his very first acts was to build a monastery. He encouraged the religious orders throughout his kingdom, and he had many sacred relics brought from Israel to France for veneration.

King Louis was also a patron of the sacred arts, especially Gothic architecture. To house the relics retrieved from the Holy Land, King Louis built the exquisite Sainte Chapelle in Paris—which remains one of the most beautiful examples of Gothic architecture in existence.

While there is much that could be said about the fascinating events of St. Louis’s life, I would like to focus on some of the examples of the extraordinary holiness he possessed.

St. Louis possessed a great love and devotion for the poor and sick of his kingdom. He cared for his unfortunate subjects with extreme humility and compassion, founding hospitals and charitable institutions, and personally ministering to the poor. In a letter to a spiritual daughter, St. Francis de Sales writes about King Louis’s charity.

O my daughter, such servitude is more glorious than royalty! How touchingly St. Louis, one of the greatest of kings, fulfilled this duty; serving the poor in their own houses, and daily causing three to eat at his own table, often himself eating the remains of their food in his loving humility. In his frequent visits to the hospitals he would select those afflicted with the most loathsome diseases, ulcers, cancer, and the like; and these he would tend, kneeling down and bare-headed, beholding the Saviour of the world in them, and cherishing them with all the tenderness of a mother’s love.

King Louis also loved prayer—especially the holy sacrifice of the Mass. He daily heard two masses, and while traveling, he would surround himself with priests chanting the liturgy of the hours.  After being taken prisoner following a great battle, he recited the Daily Office with two priests and had the prayers of the mass read to him. The atmosphere in which he lived was one of prayer and recollection.

This saintly king also raised 11 children with his faithful wife, Margaret. His final instructions to his eldest son reveal his character as a man. While the entire text is too long to post here, I will share the opening paragraphs.

“Fair son, the first thing I would teach thee is to set thine heart to love God; for unless he love God none can be saved. Keep thyself from doing aught that is displeasing to God, that is to say, from mortal sin. Contrariwise thou shouldst suffer every manner of torment rather than commit a mortal sin.

“If God send thee adversity, receive it in patience and give thanks to our Saviour and bethink thee that thou hast deserved it, and that He will make it turn to thine advantage. If He send thee prosperity, then thank Him humbly, so that thou becomest not worse from pride or any other cause, when thou oughtest to be better. For we should not fight against God with his own gifts.”

In an age of great and holy kings, King Louis was undoubtedly one of the greatest. His humility, his love for Christ and his Church, his just rule, and his sacrifices on behalf of his subjects, all leave us an example of sanctity to be imitated.

The old saying goes that power corrupts. But while having great power and wealth can undoubtedly be used for evil, King Louis demonstrated that it can just as easily be used for good.

We desperately need great leaders and statesmen like King Louis in our own time— selfless men who are driven by accomplishing the will of God, and not merely by getting power for its own sake.

How can you use the gifts God has entrusted you with for the good of others? How can you use your influence, however small, for the promotion of what is just and true?