Now Reading: 4 Out of 5 Catholic Men Confess This Sin

4 Out of 5 Catholic Men Confess This Sin 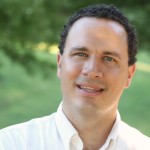 Rules of the Game: Commandments and the Spiritual Life

It’s awkward, I know, to say it so candidly, but the only way to defeat pornography in our lives is to admit that we have a widespread problem with it.

By the time I was in high school, the habit of lusting after women via pornography was firmly entrenched in my soul. I was an atheist at the time.

Years passed, and I was in college, suffering from an anxiety disorder, panic attacks, and depression. I reached out to God for help, and over the course of many months He came into my life.

But I was still addicted to pornography.

While still an atheist, I remember sitting in an apartment with three Evangelical Protestant friends of mine, and they told me that looking at pornography was a sin. My response: I laughed at them. Yes, laughed.

I laughed because the thought of any man being able to overcome the desire for lust and pornography seemed ludicrous to me.

I told them that “every man does this and anyone who denies it is a liar.” While blunt, and not completely true, my words weren’t too far off the mark, even among Christians.

A year or so later, God drew me out of atheism, and I became an Evangelical Protestant like my friends.

I was a newly minted Christian and didn’t want to believe that looking at pornography was wrong. But then I read Jesus’ words in St. Matthew’s gospel:

You have heard that it was said, ‘You shall not commit adultery.’ But I say to you that everyone who looks at a woman with lust has already committed adultery with her in his heart. — Matt. 5:27-28

Ouch. I wanted there to be a way that His words could be interpreted to mean something different from what they seemed to be saying, but I couldn’t convince myself out of what I knew He must mean. Earlier in the same chapter, in the Beatitudes, Jesus said: “Blessed are the pure in heart, for they will see God.” I couldn’t claim to be pure in heart while lusting after women.

“But I can’t stop doing it. There’s no way,” I thought to myself.

I was a slave to this sin. And in John 8:34, Jesus spoke clearly about what that meant: “Very truly, I tell you, everyone who commits sin is a slave to sin.”

I didn’t want to be a slave, but a free man. I wanted to be set free to love by the Son, and Jesus promised that He would help. So began the long, incredibly difficult odyssey in my own life to conquer this vice.

I Started the Battle As a Protestant…

To my surprise, when speaking in confidence to one of my Baptist friends about my struggle, he confided in me that he, too, struggled with it. So we began to be accountability partners with each other. That helped as well, especially since,as a Protestant, I did not have sacramental Confession.

I also started to become disciplined. I woke up early in the morning to pray and go to Bible studies with my fellow Protestant roommates. In this way and in others, I slowly grew in self-mastery.

Yet I still fell to the temptation to lust and look at pornography regularly. The desire to do it felt so incredibly strong. I realized that what took years to develop into a deeply rooted vice, would take years to uproot.

I was still a relatively new Christian, and I began to read about Catholicism, the Church Fathers, and listen to Scott Hahn talks. They led me to Catholicism, and a new chapter in my fight for purity.

…And Won the Battle As a Catholic

When I became Catholic, I was hopeful that pornography would be eradicated from my life instantly by Mass and Confession, a sacramental one-two punch.

Alas, that didn’t happen. And somewhere I read that “the sacraments are not magic.”

But I also read that, unlike what I was taught in Protestantism, I could truly cooperate with God’s grace. So I dove into the depths of Catholicism: the lives of the saints, Eucharistic adoration, daily Mass, volunteering and service, frequent Confession, regular novenas, confraternities and sacramentals–the whole gamut.

I wanted to avail myself of the fullness of the means of salvation and grace that our Lord imbued in His Church.

Along the way, I discovered, as a hidden treasure in a field, Pope St. John Paul II’s theology of the body. I began dating a faithful Catholic woman who introduced me to it. It was exhilarating to finally learn the purpose of my sexuality, to give myself and receive the gift of self from my future wife.

More years passed, but I was seeing real progress. I could almost feel myself growing in the virtue of purity, by God’s grace. There was no one day when I conquered pornography compulsion. I was on guard against the temptation at all times, even after living in freedom from it for a year.

By the end of the war, God had taught me many things, not the least of which was my total need for Him to rescue me from slavery to sin. Every Confession, every act of faith, every oblation and self-surrender to Him, brought me a little bit closer to the victory of love. But it took a long time.

I am still on guard against temptation, but in truth I’ve tried to put the sin and guilt and shame out of my mind.

That is, until a few months ago. I felt God nudging me to do something to help my Catholic brothers in their fight. And I did what I usually do, ignored Him.

But the thoughts kept coming back, and then the opportunity presented itself to create a course to help men overcome addiction to lust.

I thought about what would have helped me during those long years of struggle. I called to mind every tool, weapon, tactic, and defense I found and marshaled in my struggle. And I distilled those down into a video course.

I didn’t know what to expect when I published the course. But a few men signed up right away. Then a few more men. Then about thirty men, and I started corresponding with them personally over email. Even the seasoned veterans who signed up told me that they learned new ideas from it that they didn’t know existed. One of them asked if he could show it to his King’s Men group at church, a group dedicated to helping men win freedom, and of course I said he could.

The course gives you the tools you need to win the fight against pornography compulsion. I include in it a Steps to Victory Checklist that lists every single thing that I and other men have done to grow strong in chastity. I also lay out a 17-Week Bootcamp program that incorporates all the resources I share in the videos into a step-by-step guide.

Freedom from sin is possible with God! And He has blessed us through His Church with innumerable means to grow in holiness and win this freedom. If you are struggling with pornography compulsion, take a new step today and sign up for my course.

Converting to Catholicism, best decision I ever made. Next best, marrying my wife. I’m a computer programmer and lay Catholic apologist wanting to help people discover the truth of God and His Church.

Rules of the Game: Commandments and the Spiritual Life

The Catholic Guide to Self Defense

15 Heresies and the Manly Saints Who Fought Them

3 Evils Every Man Can Fight