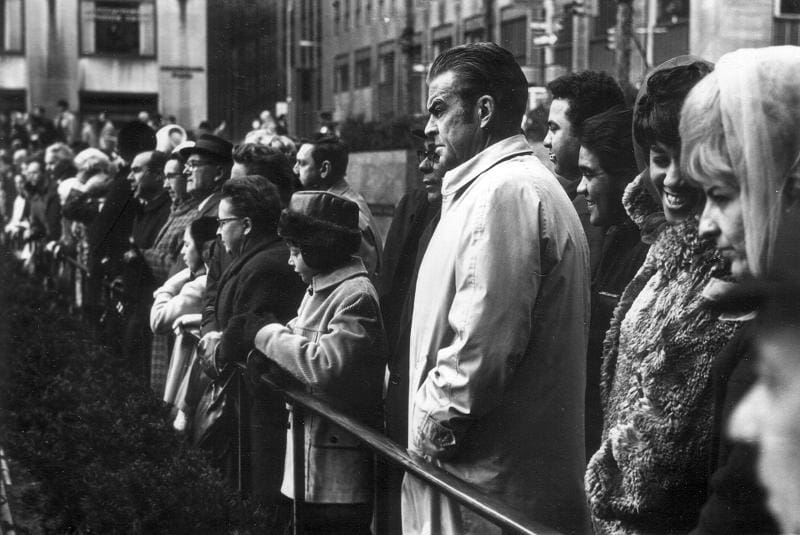 These are just a few of the tamer insults hurled violently at others online and in person during the past two years of the election process. And since the election itself, things have only gotten exponentially worse. It’s no exaggeration to say that the nation is as divided as its ever been.

What disturbs me most of all, though, is the hate and scorn displayed by many Catholics in my social circles against their political (and religious) enemies. Some of the most bitter vitriol comes from those who claim to follow Christ, and many who would even identify as traditional Catholics. These men and women go to Mass and pray piously and reverently, beseeching God’s mercy for themselves, only to return home and tear others mercilessly to pieces online.

There is almost a religious fervor in these individual’s belief that politics can save America. To them, anyone supporting a candidate different from their own is a bitter enemy of the state, a subhuman wretch deserving only of humiliation and mockery. It is really quite disturbing.

Of course, I am not singling out one political persuasion or another. This characterization holds true for both sides of the political spectrum. Both sides are content to return hate for hate, scorn for scorn. And it is just as wrong no matter who is saying it.

The Danger of the Tongue

Now, some might accuse me of being overly sensitive. “It is only politics after all. I don’t really hate my political enemies,” they would argue in their defense.  Yet, you cannot despise and loathe someone online and love them in your heart. It just doesn’t work that way.

What bothers me most about it is that many Christians seem to have reduced sin to issues of sexual morality or “big” sins. But the words that we speak? They don’t think those matter. We can say whatever we want with impunity. God doesn’t mind.

The witness of scripture, however, tells a different story.

“And the tongue is a fire. The tongue is an unrighteous world among our members, staining the whole body, setting on fire the cycle of nature, and set on fire by hell. With it we bless the Lord and Father, and with it we curse men, who are made in the likeness of God. From the same mouth come blessing and cursing. My brethren, this ought not to be so….This wisdom is not such as comes down from above, but is earthly, unspiritual, devilish. For where jealousy and selfish ambition exist, there will be disorder and every vile practice.” (James 3).

We have no fear of God. Don’t we realize we will give account for every idle word, digital or otherwise? The way most Catholics behave online, we apparently don’t believe it all. But whether or not we believe it or take it seriously, it remains true.

At some point, we have to ask how seriously we are committed to the commands of Jesus. Are they nice suggestions, or should they seriously effect the way we conduct ourselves as self-identifying Catholics who claim that Christ is our King? We have been given a new and radical commandment: Love all, even those you like the least.

Did you get that? Jesus promises hell to those who call each other fools. I don’t see an exemption clause for the internet. But our Lord doesn’t stop there.

Yes, I changed the wording slightly, but I think the point is clear. Loathing your enemies is not pleasing to God, and there are serious consequences for those who choose to ignore these commands.

A Danger and an Opportunity

The national discourse has sunk so low that it is hard to imagine it getting much worse. And yet with this vitriol and hatred being slung back and forth, we have an opportunity to show the love of Christ in a powerful way. The darker the national mood grows, the brighter our witness can shine, if only we choose a different way.

What if our speech were peaceable, gentle, open to reason, full of mercy and good fruits? What if we chose to make peace instead of war with our words (see James 3:15-17)? How disarming, how surprising would it be if instead of returning scorn for scorn, we returned love for hate? Instead of despising those who believe differently from us, we reached out to them in compassion and love, and prayed and longed for their salvation? After all, Christ died for both liberals and conservatives, and everyone in between.

St. Maximilian Kolbe lived in dark times in the days before and during World War II. There was a great deal of hate and propaganda being disseminated on all sides. And yet this saint, holy as he was, did not participate in the evil being spread everywhere. He did not return hate for hate, bitterness for bitterness. I conclude with his words, which describe the true spirit of the children of God.

“Genuine love rises above creatures and soars up to God. In Him, by Him, and through Him it loves all men, both good and wicked, friends and enemies. To all it stretches out a hand filled with love; it prays for all, suffers for all, wishes what is best for all, desires happiness for all, because that is what God wants.”